After this three weeks course – there was so called Final Day where all the 64 groups in the course had to introduce their ideas. Few prizes were up for grabs, such as Tourist Award, Health Sector Award, Fisheries Award etc, but the main prize is called Guðfinnuverðlaunin that is referred to Guðfinna Bjarnadóttir, entrepreneur and former Rector of the University of Reykjavik.

Volcano Seafood is the first innovation company in the history of the University of Reykjavik to win both the categories that they belonged to – Fisheries Award and the main prize, Guðfinnuverðlaunin.

For winning they got to participate in the World Championships in Innovation for Universities in September 2017 in Denmark.

In the fall of 2018, we received a grant in the category of Business Development and Innovation Projects from SASS (Association of 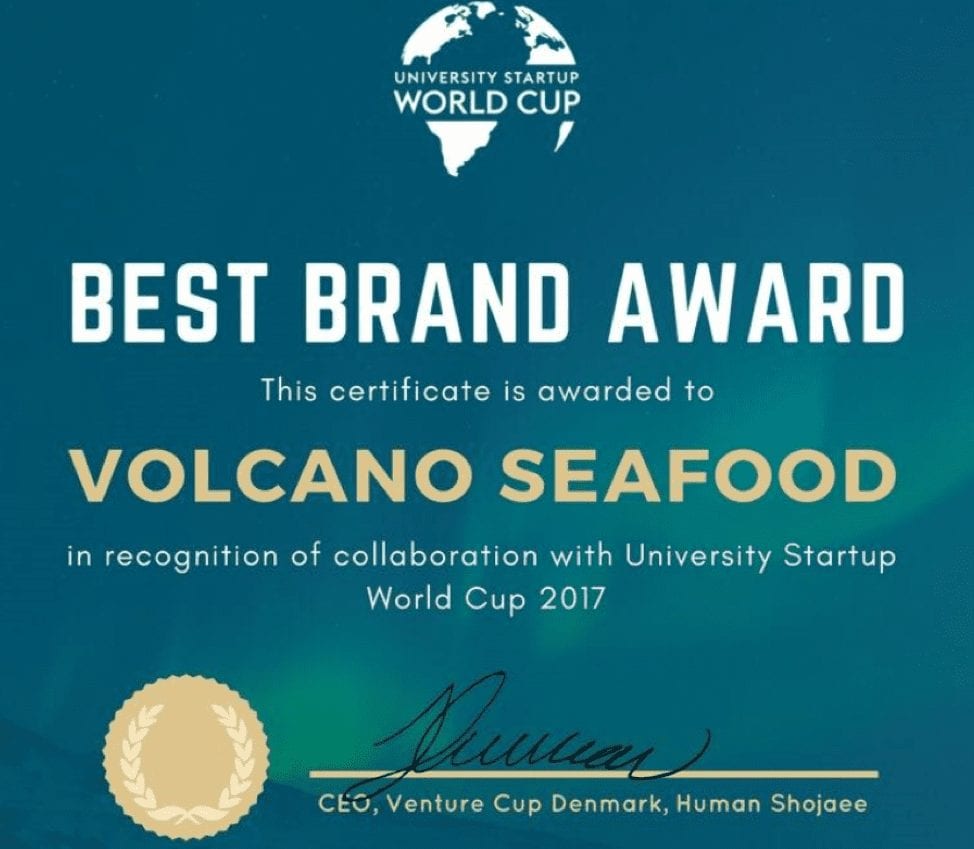 Contact us if you have any questions regarding our products

Do you want to sell our products?
Are you having a big party?